Over the years, we have moved past relying solely on computers to run applications. In addition to the use of computers, we also have phones, tablets, and more. Having a variety of devices to access apps and information has proved an interesting problem for developers. They need to code their app or service for each specific target platform, and each platform has its own rules or requirements. The coding language that developers use can change depending on the platform on which they are wanting to run the app. Another potential problem is related to deployment or distribution. Each platform has its own method for accessing apps. For example, there is the Microsoft Store, Apple's App Store, or Google Play.

Due to some of these issues, some developers have in recent years turned to Progressive Web Apps (PWAs). PWAs utilize the best of mobile apps and the web. These PWAs are generally easier to maintain and deploy, which is a benefit to both the end-user and the developer.

There are two primary PWAs that you can install on your system. One is referred to as being native. A native PWA is specifically created for the target platform and is offered alongside a website or in an app store, such as the Microsoft Store.

In this tip I'll show how to install and work with a native PWA. Here's how to do the install: 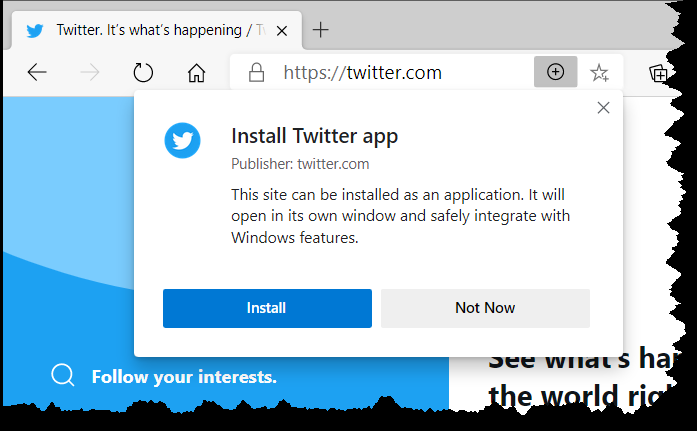 To see the list of installed Progressive Web Apps installed on your computer: 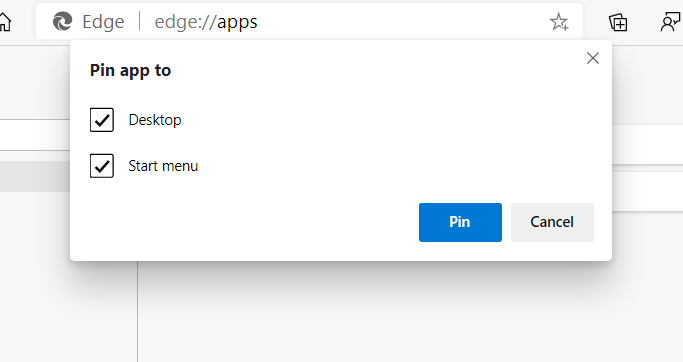 Figure 4. Edge Chromium asking where you would like to pin a PWA.

If you have been using PWAs, share in the comments below your favorite ones.

Grouping Tiles in the Start Menu

Arranging tiles into groups can make finding and starting your apps quicker. Discover how easy it is to group tiles in ...

The orientation of your screen is not limited to the default orientation when you connect it to your computer. You can ...

More Power to You

Needing more power options than "god mode" provides? Here are some additional "god modes" that give you more access control.

Getting a handle on the weather is something that man has been dreaming of since the dawn of time. While you might not be ...

Historical Weather information can give you insight into what you can expect when it comes to temperature, rainfall, and ...

Timing With the Stopwatch

Time today is a trackable in many ways. Windows 10 includes the Alarm & Clock app that allows you to manage time in ...