It's possible to rename multiple files at the same time. In fact, there are a couple of ways to do it. Perhaps the simplest way is to use File Explorer. Say that you have a group of files such as what appears in the following figure: (See Figure 1.) 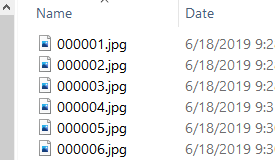 Figure 1. A set of files to be renamed.

To rename these files, create a selection set of the files (creating a selection set is covered under another tip) so that they are all selected. You can then press F2 (or right-click on a selected file and choose Rename from the Context menu) and type the "base name" you want each of your files to have. (See Figure 2.) 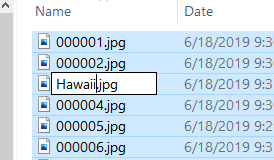 When you press Enter to complete the rename, each selected file will end up with the same base name with numbers following it in parentheses. (See Figure 3.) 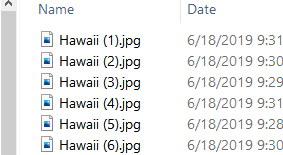 Figure 3. The set of files after the rename.

There is another way to rename a set of multiple files. This second way uses the FOR command at the Command Prompt (displaying the Command Prompt is covered under another tip). Again, assume that you have the six files as shown in the first figure, above. To rename all six, go to the Command Prompt and type the following (terminating by pressing the Enter key):

Where Is that File I Just Downloaded?

Downloading files from the Web is a pretty common occurrence. Keeping track of your downloads used to be a bit of a ...

If you attach a new device to your computer or need to update a current device's driver, this tip provides the general ...

Limiting the Number of Login Attempts

You probably don't want to allow someone to continually attempt to login to your system until they finally guess your ...

Assigning a Picture to a Folder

Windows allows you to customize many aspects of its user interface. One thing you can modify is how a folder's icon ...

Determining How Much Space the Files in a Folder Require

Want to know how much space is required by all the files in a folder? There are a couple of very easy ways to get this ...

If you need access to files on a network but aren't always on the network, you may find that the offline files feature of ...