PowerShell is a built-in Windows utility that includes an extensive scripting language. If you're used to writing .bat files to perform command-line actions, you will be impressed with all that PowerShell can do. Please note that I am not (yet) a PowerShell guru. As I've been working with it, though, it has come to impress me so much that I wanted to introduce the loyal readers of WindowsTips to it.

You can start PowerShell in a few different ways, and it depends on what version of Windows you're running as to what you'll see. Therefore, although I'll mention different ways of invoking it, I'll concentrate on using PowerShell from the command line. 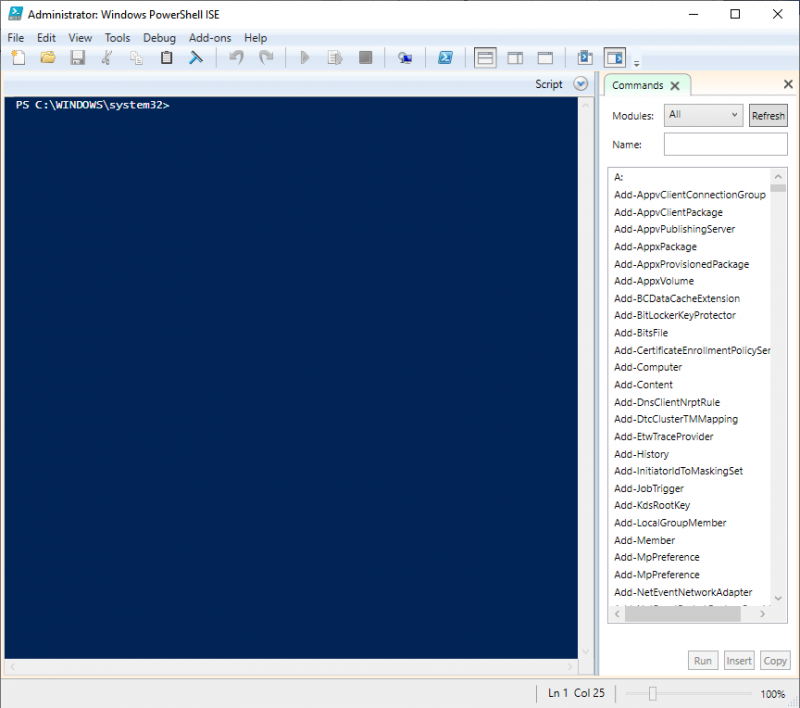 If you are using an earlier version of Windows 10, when you select this item you'll see a split screen where you can interactively enter PowerShell commands in the bottom of the screen and also build a PowerShell script file in the top of the screen. This split screen may look like this: (See Figure 2.) 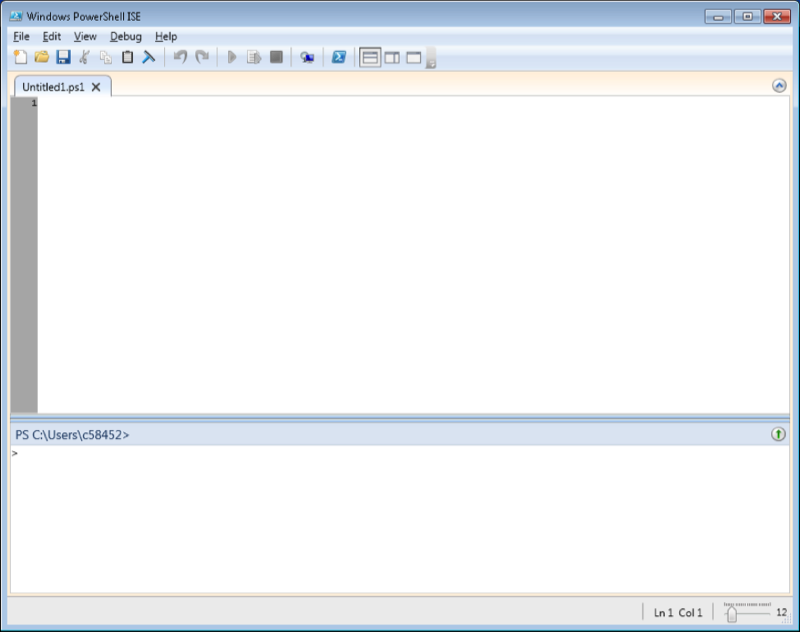 Once you're in PowerShell, you deal mostly with "cmdlets". The cmdlets follow a pattern of verb-noun. For example, to get help within PowerShell, type Get-Help and press Enter. There will be other tips about PowerShell, but if you can't wait, it is suggested that you start by going through the following help topics:

The first command returns information about cmdlets, while the second gets the properties and methods of an object. The third command filters object properties and the final command explains the use of objects in PowerShell.

A PowerShell script can be a bit on the verbose side, so it incorporates things called aliases, which are shortcuts for many of the more popular cmdlets. For example, instead of typing Get-Help, you can just type Help. To see a list of existing aliases, type Get-Alias at the PS prompt.

PowerShell scripts are normal text files that end with a .ps1 extension and contain a sequence of cmdlets designed to perform a function. For example, you could write a PowerShell script that displays "Hello" to the console. Before you can run scripts, though, you must first establish the security environment. Follow these steps:

Invoke PowerShell by typing "PowerShell" at the command prompt

These steps only need to be done once for you to be able to henceforth run scripts. Now launch Notepad and type into it the following:

There is plenty more that can be said about PowerShell, but since this is an introductory tip, I'll just mention a few more things. Since it's always good practice to comment your scripts you should know that the PowerShell comment character is the "#" symbol. Anything that appears to the right of this character is ignored. And, speaking of special characters, if you need to continue a PowerShell line to another line, end the first line with an accent grave ("`"), sometimes called a backtick character or a backwards apostrophe.

Another thing to get used to is the ability to "pipe" the output of one command to another. PowerShell scripts often have their cmdlets pipe to other cmdlets. The pipe character is the "|" symbol. So, for example, you can format the output of one cmdlet different ways by piping into one of the "format" cmdlets. Let's say you wanted to get the properties of a file named "C:\Temp\VmwareStatus.log". You can do this using the Get-ItemProperty cmdlet like so:

Stopping or Deleting a Print Job

Knowing how to stop or delete a print job can save lots of paper and also lots of embarrassment if you happen to ...

Ripping songs from audio CDs is fairly simple, but the actual process varies from application to application.

Changing the Size of the Taskbar

The Taskbar is the "heart" of managing your work in Windows. Fortunately, it can be sized to your heart's content. This ...

Counting the Number of Files or Subfolders Using PowerShell

Do you need to determine the number of files or subfolders there are in a folder? You can use PowerShell to quickly count ...

Change your Computer's Name with PowerShell

Your computer has a name that is separate from your account name. You can use PowerShell to change the name of your computer.