As you may know, your computer can run under a variety of different power schemes. A power scheme is a collection of hardware and system settings that manage how your computer uses power. They are typically used the most with laptops, where it's more crucial to trade off between performance and battery preservation. Even a desktop machine can use them, though. There are three schemes that come with Windows by default. They are Balanced, High Performance, and Power Saver, and you can create others if none of these suits you.

There is a command utility in Windows called Powercfg, which provides a great deal of control over your power schemes. (You can use the GUI for much of this functionality, too, but a lot of people prefer using the command line.) Powercfg takes numerous switches to tell it what you want to do regarding your power schemes. To see all of the switches available to Powercfg, invoke it with the "-HELP" (or "-?") switch.

For this tip we want to change the active power scheme. First, we'll get a list of the available power schemes (covered under another tip). (See Figure 1.) 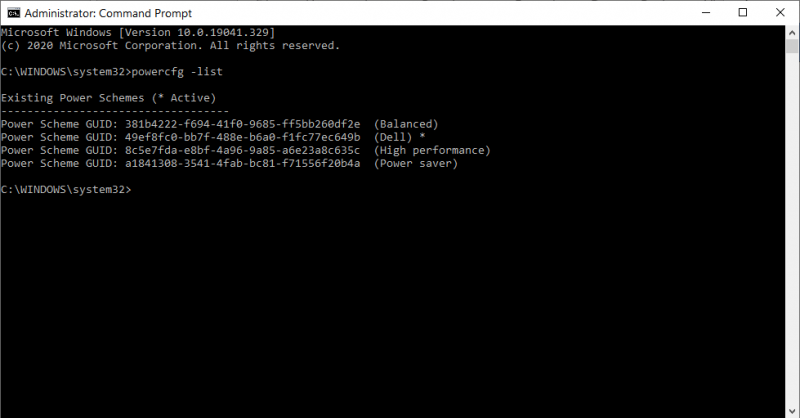 As you can see, there's an asterisk on the right of the Dell line (this is a power scheme that was added previously), denoting that it's currently the active scheme. Let's say that we instead want the High performance scheme to be active. You do this by specifying the "-SETACTIVE" (or "-S") switch followed by the GUID of the scheme you want to be active: (See Figure 2.)

Now the asterisk is beside the High performance scheme, denoting it's now the active one.

Desktop themes allow you to quickly and easily personalize your system so that what you see and hear while working can be ...

Scheduling a Program to Run on a Schedule

If you have certain programs that you want to have run automatically, you can use Windows Task Scheduler to quickly set ...

Windows allows you to define different power schemes that control how your computer uses power. This tip shows you how to ...

Bluetooth allows electronic devices to connect wirelessly. Discover how easy it is to connect a Bluetooth keyboard to ...