As you may know, your computer can run under a variety of different power schemes. A power scheme is a collection of hardware and system settings that manage how your computer uses power. They are typically used the most with laptops, where it's more crucial to trade off between performance and battery preservation. Even a desktop machine can use them, though. There are three schemes that come with Windows by default. They are Balanced, High Performance, and Power Saver, and you can create others if none of these suits you.

There is a command utility in Windows called Powercfg, which provides a great deal of control over your power schemes. (You can use the GUI for much of this functionality, too, but a lot of people prefer using the command line.) Powercfg takes numerous switches to tell it what you want to do regarding your power schemes. To see all of the switches available to Powercfg, invoke it with the "-HELP" (or "-?") switch.

For this tip we want to duplicate a power scheme. First, we'll get a list of the available power schemes (covered under another tip). (See Figure 1.)

Now let's say we want to duplicate the Balanced power scheme so that we can later tweak it without worrying about messing up the current Balance scheme. The switch you pass to Powercfg is the "-DUPLICATESCHEME" followed by the GUID of the scheme we want to duplicate: (See Figure 2.) 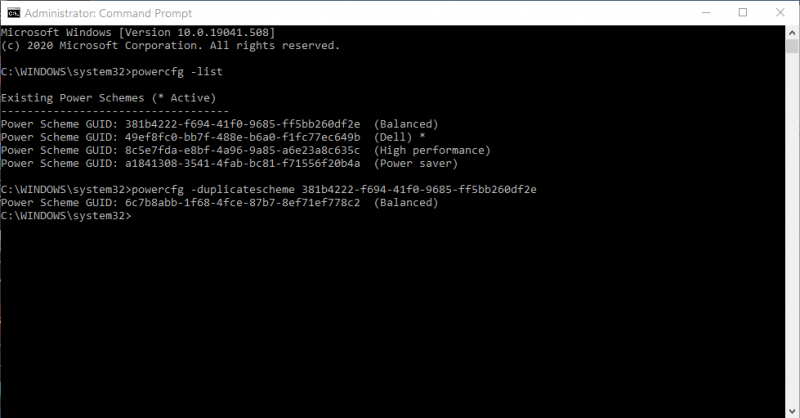 Note that when we issued the -DUPLICATESCHEME command, the GUID of the duplicated scheme and its name were listed. Our next -LIST command shows that we now have two Balanced schemes, but the first one remains the active power scheme. (See Figure 3.) 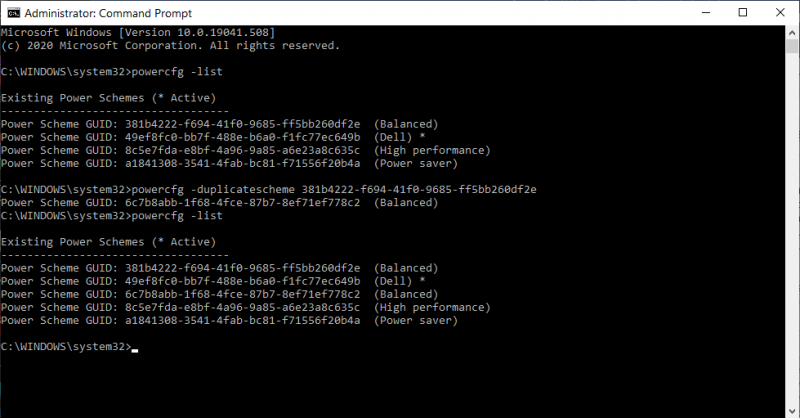 We should now change the name of the newly created Balanced scheme (with -CHANGENAME, covered under another Tip) so we can modify it without getting confused.

Windows 10 has a built-in Contact Support app that you can use to look up possible answers to issues you're having and ...

Creating a library can be done with just a couple of clicks. Although it appears that libraries have some issues, you can ...

CDs and DVDs are good for creating archives of files you want to keep over the long term. They are a great way to back up ...

Determining If a Drive Should be Defragmented

Disk fragmentation is one of those things which, if severe, can adversely affect your system's performance. This tip ...

Do you want to fundamentally change how Windows responds to mouse clicking? You can do so by following the steps outlined ...

Windows allows you to create custom power management plans. When you no longer need a plan you previously defined, you ...