If you have a monotonous task of clicking the same buttons on the same windows over and over, you may find that Ghost Control from N.R.S. a great asset to help you avoid making mistakes or even getting carpal tunnel syndrome. What it does is remember your keystrokes and mouse clicks so that you can play them back whenever you like. This way, you record the task once and then you can play back the recording, letting Ghost Control perform your monotonous task while you do something more engaging.

In many ways Ghost Control is a macro system for Windows. If you've used macros in programs such as Word and Excel, you're already familiar with the concept—you record a series of actions that can later be played back (repeated) on demand. Ghost Control takes this concept a step further in that it allows you to easily record mouse movements and mouse actions, which cannot be done in Word or Excel macros. This makes Ghost Control very powerful, indeed.

Ghost Control is not free, but you can download a trial version:

The trial puts a 30-second limit on the length of your recording. If you try it and find it useful, you may decide that the $34.90 required to purchase the software would be worth it to not have to perform your monotonous tasks. 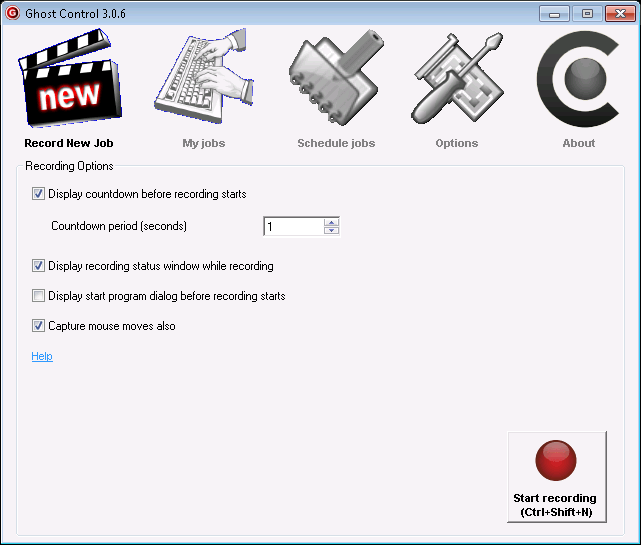 When you click Stop you are presented with the Save Job As dialog box, which is how you name and save your recording. (See Figure 3.) 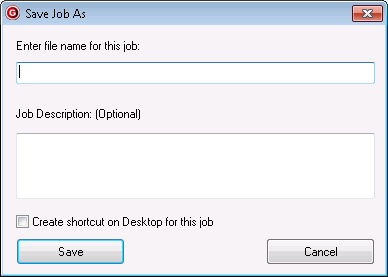 Now whenever you have this task to do, you can click My Jobs on the main screen, choose your previously recorded job, and click Run. Ghost Control takes over the mouse and keyboard and replicates your movements over and over until you tell it to stop (or until it executes the number of times you specified).

Assigning a Shortcut Key to a Desktop Shortcut

Reducing the transitions between the keyboard and the mouse is a practice that can improve efficiency. Toward that end, ...

Windows is great about letting you work on multiple things at the same time. Often, however, you end up with so many ...

Deleting a library can be done with a couple of mouse clicks. And even though you delete the library, the folders and ...

WizMouse was developed with one goal in mind: scroll the window under the mouse wheel even if it's not the active window. ...

Focus On Your Tasks

Distractions can cause unfortunate delays in completing projects and tasks. With Focus Assist you can easily block out ...

Navigating to favorite files or folders need not be a time waster of click through a tree structure. ConFavor makes this ...

The site triggers a warning and a 'very poor' rating from Web of Trust (WOT).

Just a heads-up, Barry. MalwareBytes blocks access to the Ghost Control website link posted above due to Trojan detection.

Link leads to a site containing a Trojan according to Malwarebytes.

Barry,
When I clicked on the hyperlink for NRS I was alerted of a trojan.
Jim