Stopping or Deleting a Print Job

Donna often prints rather long documents from her system. It has happened more than once that after she clicks the "Print" button, she discovers that she shouldn't have been so hasty. Donna wonders about the best way to stop the printer from printing whatever she sent to it in error. 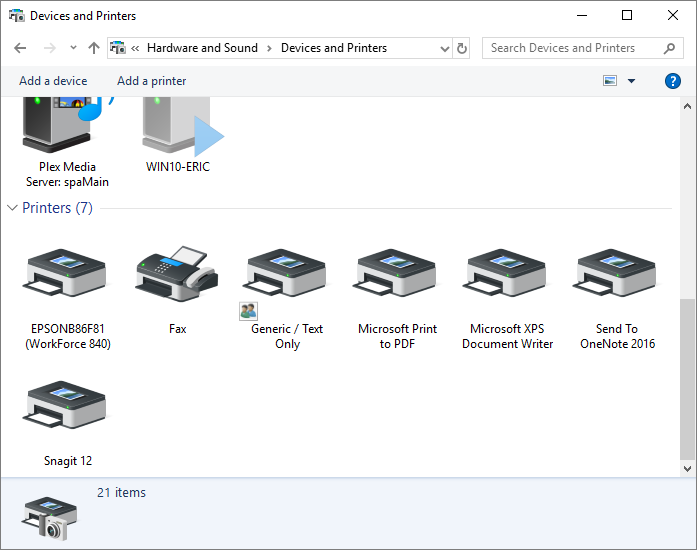 Right-click the printer to which your job was queued (the printer to which you printed) and select See What's Printing from the resulting Context menu. (You could also just double-click on the desired printer.) Windows displays another dialog box, this one showing what print jobs are being processed for your printer. This is generally referred to as the print queue. (See Figure 2.)

You can now right-click the print job or select it and pull down the Document menu. In either case, click the Cancel option, and your job will be removed from the queue. You can also, if desired, select the Pause option to temporarily stop the job without deleting it. (A paused job can later be resumed or cancelled, as desired, using the appropriate menu option.)

There are other ways you can get to the print queue, as well. For instance, if you see the printer icon in the System Tray (right side of the Taskbar), you can double-click on it and Windows displays the printer queue.

On many systems you can also display the print queue by doing something to interrupt the printer itself, such as removing the paper tray or opening a service door. Windows detects that printing was stopped and displays the print queue.

Once you've cancelled the print job in the printer queue, understand that your printer might keep on printing for a bit. This is because most printers these days contain a large amount of memory that is able to receive information from your printer as fast as it can send it. So, even though you may have cancelled the print job in the queue, there may be many pages already stored in the printer itself. For this reason you should also use the controls on your printer to cancel whatever job it is currently printing.

The User Account Control (UAC) model allows an administrator to control when (or if) they are to be notified when a ...

Exporting a Portion of the Registry

Windows wouldn't function if it weren't for the Registry, and many system tweaks involve editing it. Before making such ...

Modifying or Deleting a Program's Schedule

Windows makes it easy to define tasks and to run them on a regular schedule. If you later want to modify or delete a ...

One of the most common output devices used with computers is a printer. This tip explains, in detail, how you can set up ...

Limiting when Others Can Use Your Shared Printer

Sharing resources on a network can be a great help to everyone. However, you might not want to always make your printer ...