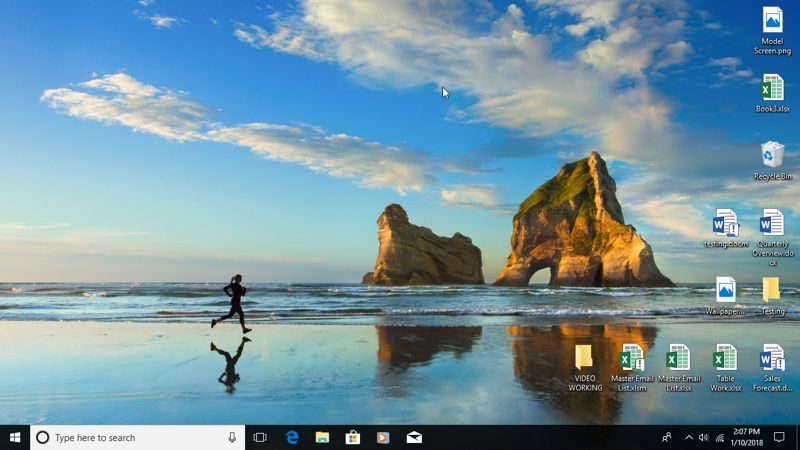 Now compare how that desktop appears with one that uses a resolution of 1920 x 1080. Notice how everything (the wallpaper, the desktop icons, and the taskbar items) appear larger when using the lower resolution. (See Figure 2.) 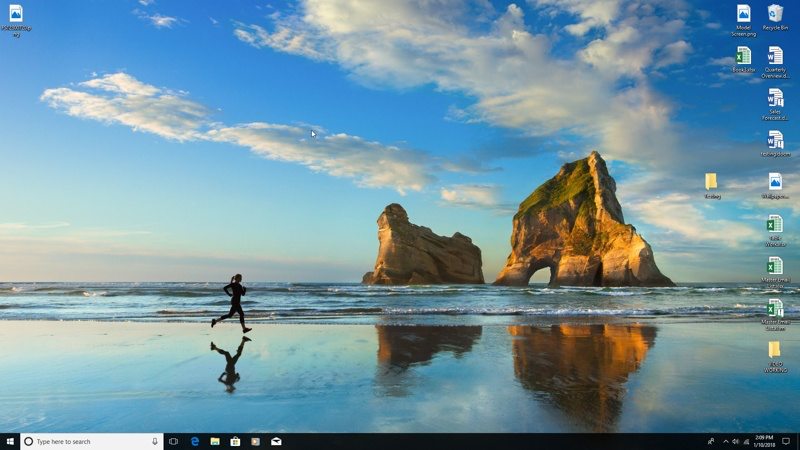 You can't just arbitrarily select a resolution. Your monitor has to support the resolution you choose. As a general rule, a larger monitor (assuming your system is equipped with the appropriate video card) will typically support higher resolutions.

If you are using Windows 10, change your screen resolution by right-clicking an empty space on your desktop and choosing Display Settings from the resulting Context menu. Windows displays various settings you can change. (See Figure 3.) 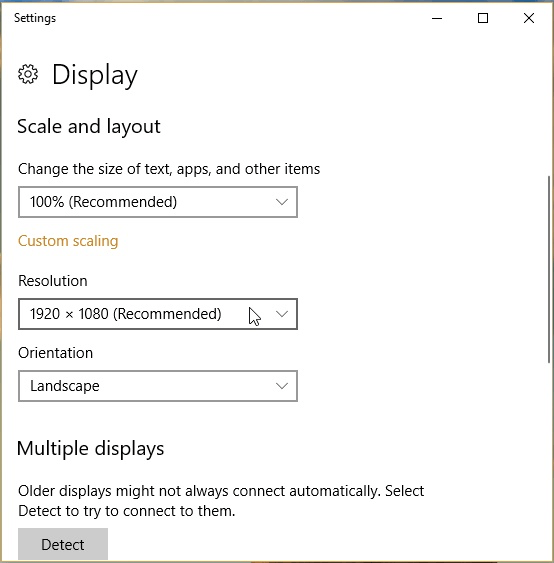 Figure 3. The Display Settings in Windows 10.

Use the Resolution drop-down list to choose which resolution you want to use. (If Windows can identify the type of monitor attached to your system, one of the screen resolutions should show the word “recommended” beside it.) When you are done, simply close the settings window.

If you are using an older version of Windows you can still right-click on the desktop, but you'll need to choose Screen Resolution from the Context menu. Another way is to display the Control Panel and click the Adjust Screen Resolution link, under the Appearance and Personalization category. Either method will take you to a dialog box that allows you to specify which resolution you want to use. (See Figure 4.) 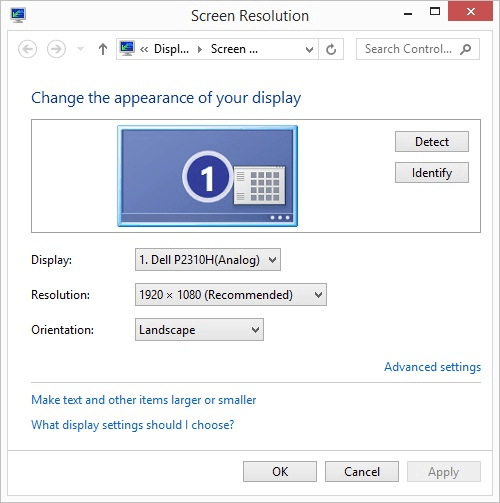 Figure 4. The Display Settings in Windows 8.

The Resolution drop-down list allows you to choose from among the various resolutions supported by your monitors. Select the desired resolution and click OK to have it applied.

User Account Control is a security mechanism that defends against malware or accidents from making system-level changes ...

The rename command can really be a timesaver over trying to do the similar sort of thing with Windows Explorer. You can ...

Every Windows computer on your network has a name. This name typically provides some identifying information about the ...

If an older program no longer runs under Windows, you may still be able to get some life out of it by changing its ...

Windows installs updates automatically by default. If you want to review what updates have been installed, seeing the ...

Thank you Alex. I must have read it 6 times and just couldn't see it. Alison

I think the wording arrangement just turned out to be a bit unfortunate wanting to have the Figure reference at the end of the paragraph.

Did you get figure one and figure two mixed up? in my view, figure one is bigger than figure two, not the other way around as indicated in your explanatory text.

Your reply came across just a bit testy, but I'm not sure if you meant it that way.

Yes, the site looks fine on my equipment but, quite honestly, I only have "my equipment" to judge by. What equipment, exactly, should I judge by that I am apparently not judging by? In development I tested on desktops, tablets, and mobile phones. I tested at high resolution and low resolution. I tested on just about every combination I could think of.

And, yes, when I receive multiple complaints, I really do take note. If you and George would like to provide me with information as to what equipment you are using, perhaps I can replicate that equipment and test more. I would need to know what computer (or mobile) device you are using, what operating system you are using, what monitor you are using (if we are talking about a desktop system), what resolution you are running at (if, again, a desktop system). You and George can feel free to send that information to me directly -- allen@sharonparq.com -- and, again, I will try to replicate and test more.

The problem is that we live in a world where any site (this one included) has to be designed to run on everything from a small phone to a 4K monitor on a desktop system, and to do so gracefully. And, it needs to support multiple window sizes on each device. Add in the fact that "too small" or "too large" is more subjective than objective, and one can start to get an idea of the problem. If there are websites where you feel that the type size is "just right" (this sounds like Goldilocks and the Three Bears), I would appreciate knowing those sites, as well, strictly for comparison purposes.

Anyway, I *want* to have my sites be as usable and accessible as they can be; that is my goal. My sharing a link with George was an effort towards that goal, and I apologize if such an effort is not sufficient.

No, Allen, your reply to George does not help. You are asking readers to fix a problem you and your team created.

As George, and others, have noted again and again, the fonts now used on your pages are too small.

Maybe they look good on your equipment, but when there are multiple complaints you really need to take note.

In this regard, it is worth remembering that the small fonts are the result of deliberate changes in the design of your web pages. A couple years back, your pages were much more readable.

Barry,
I can hardly read your article, for the size of the font is so small, just as this message is. I'm using a Dell 1703 FP monitor and Windows 7. I don't understand why your webpage designer uses such small font. Of all the websites that I look at in a day, your website has the smallest font. Most of your articles are for Desktop, laptop users, not smartphones, so why the small font?

I don't suppose there is someway for your subscribers to adjust the size of the font from our end. If I have to scroll the bottom bar left to right for every line of text, I won't consider that a solution.