In order to get to Narration, press the Win key, type (without the quotes) "Settings", and press Enter. Click the group with the heading "Ease of Access." By default, the Ease of Access settings come up with the Display settings selected, so you want to click "Narrator," which appears about halfway down on the left side of the window: (See Figure 1.) 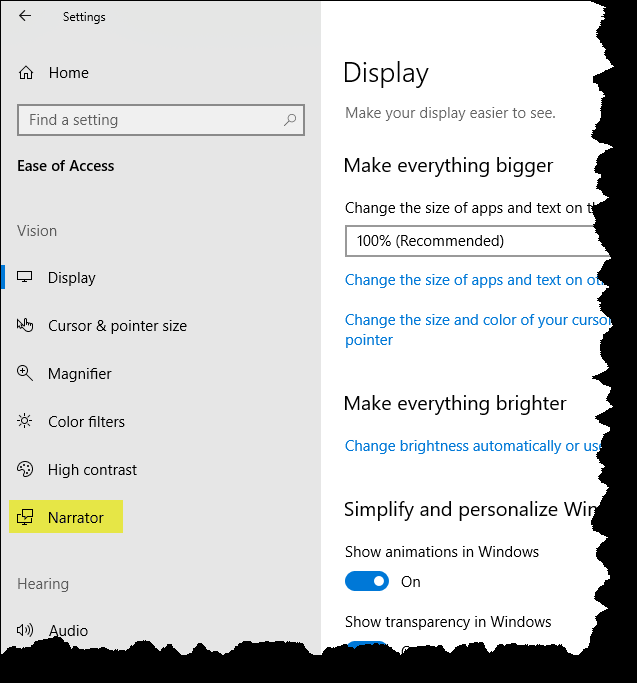 Figure 1. Choosing Narrator in the Ease of Access Center.

There are a lot of settings you can configure for Narrator. For starters, you can choose to have Narrator start and stop with the shortcut key sequence Win+Ctrl+Enter so that you don't have to go into Settings to turn it off and on. You can have Narrator start before or after sign-in. You can customize Narrator's voice by choosing one of the built-in voices or by adding more voices. And regardless of what voice you choose, you can set its speed, pitch, and volume.

Narrator can be fine-tuned to speak just what you need spoken—not too much and not too little. You do this by enabling or disabling from the following choices:

Hear characters as you type

Hear words as you type

Hear audio cues when you perform an action

Hear hints on how to interact with controls and buttons

There are six levels of detail that Narrator provides about text, and you can select which level of detail is right for you. They range from "Text only" all the way up to "Layout and animation info."

There are also six context levels that Narrator provides for buttons and other controls. They range from "No context" all the way up to "Full context of old and new controls."

You can adjust the order of context reading for buttons and other controls by setting it to either before or after the controls.

Narrator has its own cursor, which is a graphical representation of where Narrator is focused. You can choose to show or disable the Narrator cursor. You can also have the text insertion point follow the Narrator cursor when on editable text, and you can sync the Narrator focus and system focus. It's also possible to read and interact with the screen using the mouse.

There is a braille system to Narrator, but as of this writing it's still in beta release, so I'll wait until it's out of beta before writing anything about this system.

A final pair of settings allow you (1) activate keys on the touch keyboard when you lift your finger off the key, and (2) lock the Narrator key so you don't have to press it for each command.

If you don't like that Windows automatically downloads and applies updates in the middle of the night, you can gain some ...

Importing a Portion of the Registry

Windows wouldn't function if it weren't for the Registry, and many system tweaks involve editing it. If you've exported a ...

The MOVE command can be a timesaver over trying to do the similar sort of thing with Windows Explorer. You can move ...

Sticky Keys is an accessibility feature designed for people who have trouble holding down two or more keys ...

With high-resolution screens it can be a stretch, at times, to see some small detail on the Windows desktop. Fortunately, ...

Do you have hearing, vision, or mobility impartments? Windows 10 offers a range of modifications in the Ease of Access ...