Libraries are a feature of Windows Explorer (Windows 7 and 8) and File Explorer (Windows 10) that helps you navigate the Windows file system quickly and easily. A library is essentially a container that points to files and folders that exist anywhere on your system. Since the files pointed to from the library remain in their original locations, updating them means that you'll see the updated version in the library just as if you were looking at the actual file itself.

There is one other thing that I should mention about libraries in Windows 10: they are hidden by default. Not so in Windows 7 or 8, but in Windows 10 you need to configure Windows so that libraries can be displayed. Here's how you do that:

You can have any number of libraries defined on your system, and each library can point to any number of folders. For example, when I expand my Documents library, I see that it actually is pointing to the "My Documents" folder as well as the "Meeting Notes" folder. (See Figure 1.) 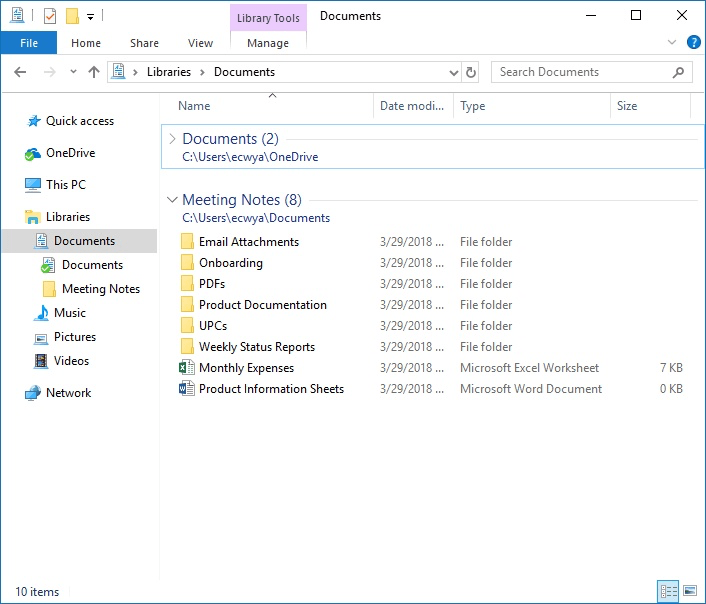 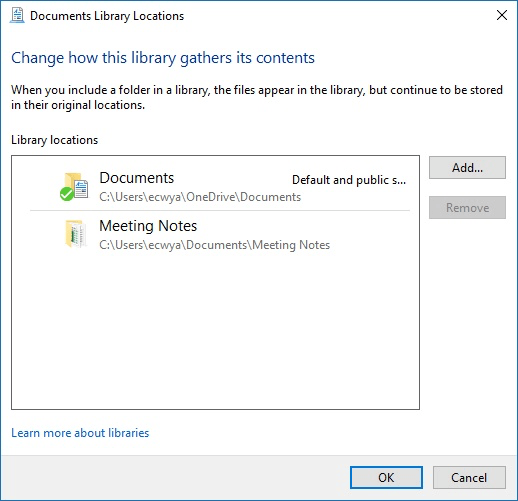 The thing to remember about libraries is that they contain pointers to your files and folders, which remain in their original locations. If you have a lot of files scattered among a lot of folders, using libraries is a great way to quickly find what you need. Libraries do not contain shortcuts, which is an important distinction. (When you delete a shortcut to a file the original file remains undisturbed on Windows—all you've done is to delete the shortcut to that file. If you delete a file within a library, the actual file itself is deleted.)

Windows installs updates automatically by default. If you want to remove an update, this tip tells you how.

All objects on your computer (e.g., disk drives) have permissions that allow or deny various types of access. This tip ...

Increasing the Number of Restore Points

You may feel constrained by the low number of restore points your system is keeping. You can increase the disk space ...

The Music folder is one of several system libraries specifically optimized to hold digital music. This tip tells you ...

The Pictures folder is one of several system libraries specifically optimized to hold digital pictures. This tip tells ...

Windows comes with four built-in libraries. You may accidentally (or on purpose) delete one or more of them. This tip ...

It's been a while since I've fooled with libraries, but if memory serves, you can have a library named, say, Documents. It can point to various folders on different devices where your different types of documents are kept. I don't think you can do this with folder shortcuts.

So what are the differences and/or benefits of using the Library over using file/folder shortcuts.

They appear to do the same thing.