First, you need to start the Task Scheduler. The easiest way to do this is to simply use the search capabilities of Windows. Search for "Task Scheduler" (without the quote marks), and then open it once it is located. Ensure that the selected node in the left vertical pane is "Task Scheduler Library." (See Figure 1.) 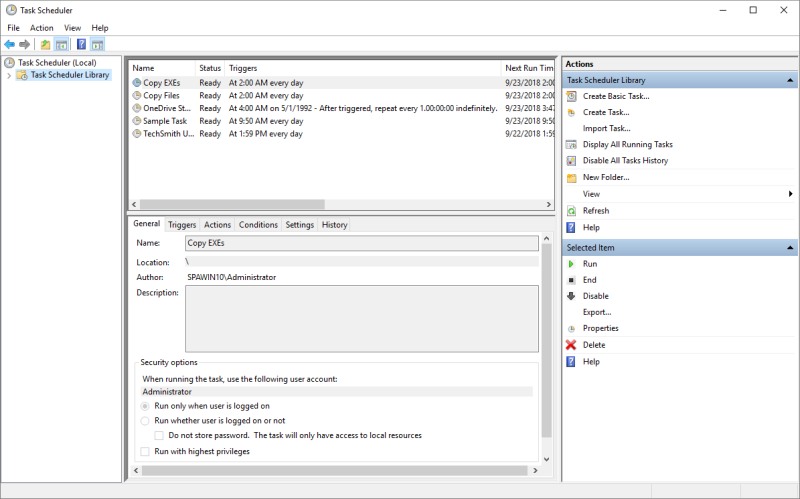 To create a scheduled task, select the node in the navigation pane where you want it to reside (again, I normally use the default "Task Scheduler Library") and then, in the upper-right area of the screen, click the "Create Basic Task" link. This starts a wizard that guides you through the creation of your task. Remember, we want to run the program called "C:\EXE\Monitor.exe" each time Windows starts. (See Figure 2.) 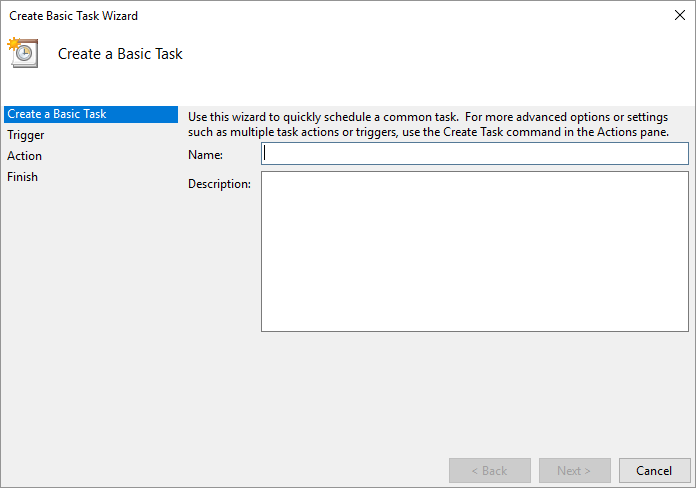 Type a name and a short description of what your program does, and then click Next. Windows displays the second step of the wizard. (See Figure 3.) 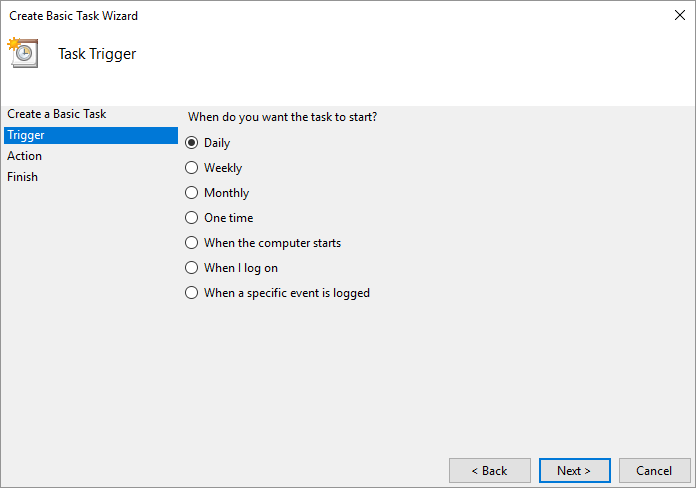 This second step is where you indicate when your program is going to run. Since we want the program to run when Windows starts, click the "When the Computer Starts" radio button. Click Next to move on to the third wizard step. (See Figure 4.) 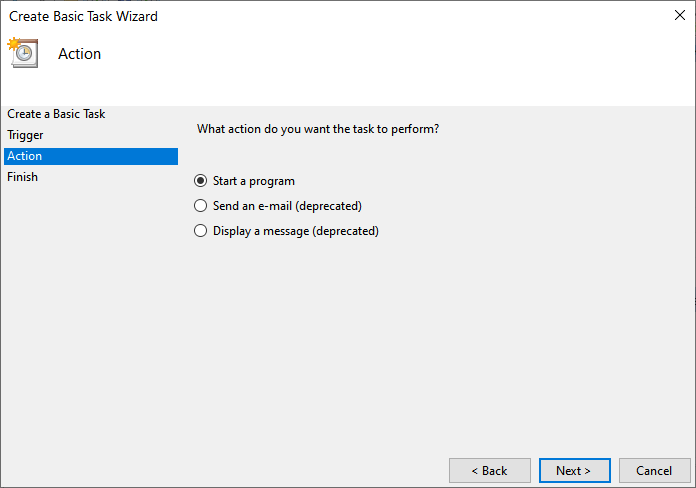 This third screen is where you indicate the action you want taken when the task runs. We want to have a program run, so you should click the "Start a Program" radio button. Click Next to move on to the fourth step. (See Figure 5.) 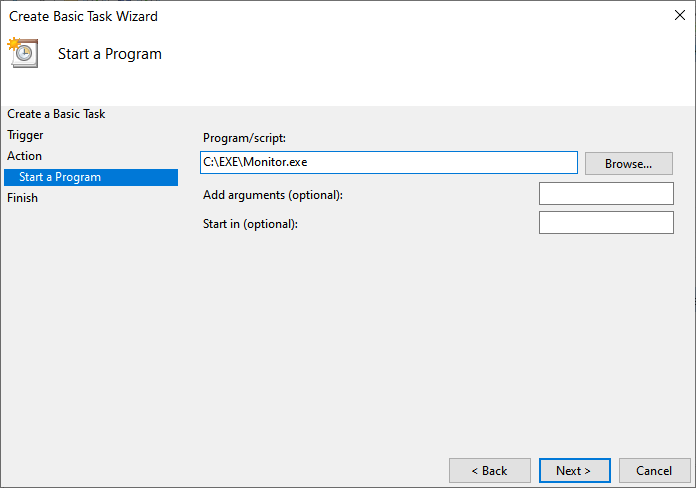 This fourth screen is where you provide the name of the program that's supposed to run. You can also supply arguments to the program as well as have it start in a particular directory. Type the program name and click Next. (See Figure 6.) 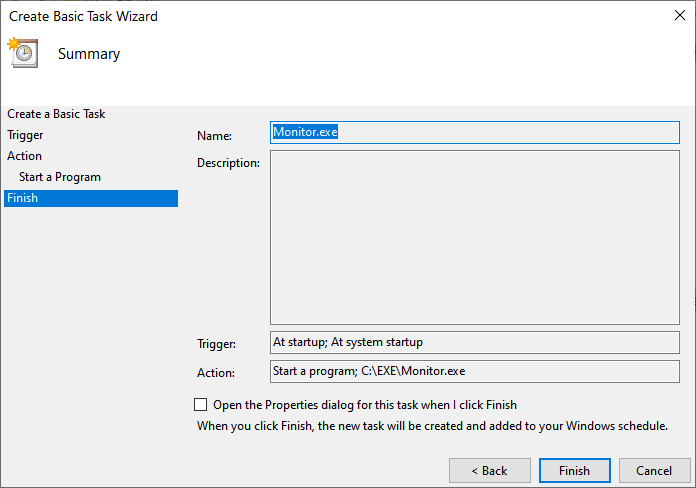 This summary simply summarizes the information you've supplied on the previous screens. Assuming you're satisfied with everything, clicking the Finish button causes your scheduled task to be created. The task is then executed the next time you start Windows.

Getting Rid of Hidden Thumbs.db Files

A hidden file that the system uses to speed performance of your viewing folders containing pictures is called Thumbs.db. ...

Displaying Details about an Audio File

Audio files have additional attributes that other files don't have. This tip describes how you can display these ...

This tip is part of a series that talks about Windows batch files. It introduces a few more commands and special ...

Screen resolution is a key attribute of your monitor. You usually have choices for resolution, which provides you with a ...

Removing a Tile from the Start Screen

The Start screen is a busy place in Windows. If it is too busy for your tastes, you can easily remove any of the tiles it ...

If your computer is accessed by multiple people, you may be concerned about privacy. One area where you might want a bit ...