If you have a CD or DVD drive on your computer you can create an audio disc that will play in most CD players. Discs come in many flavors, but you should have either an "-R" (recordable) or "-RW" (rewritable) disc. Creating an audio disc is called "burning."

To create an audio disc, insert a blank CD into the drive. Depending on the type of disc and your AutoPlay settings, you may see the AutoPlay dialog box. (See Figure 1.) 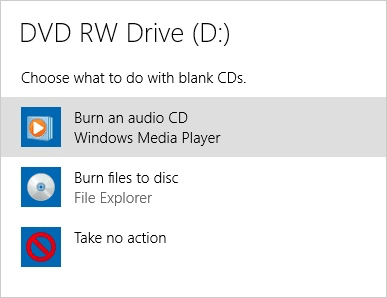 Since we are creating an audio disc, click the "Burn an Audio CD" option. Depending on your system setup, some type of media player may come up. If your system is like mine, you'll see Windows Media Player start up. (See Figure 2.) 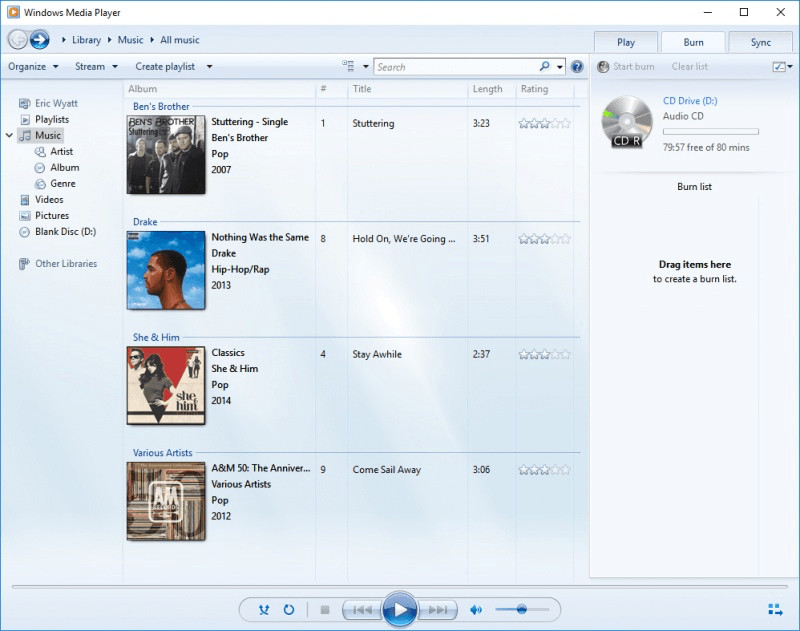 Within your media player you must make a "burn list," which is the list of songs you want to record to the disc. In my example, I am creating a burn list of several artists for a road trip, so I drag the 15 titles into the Burn List area at the right side of the screen, making the resulting window look like this: (See Figure 3.) 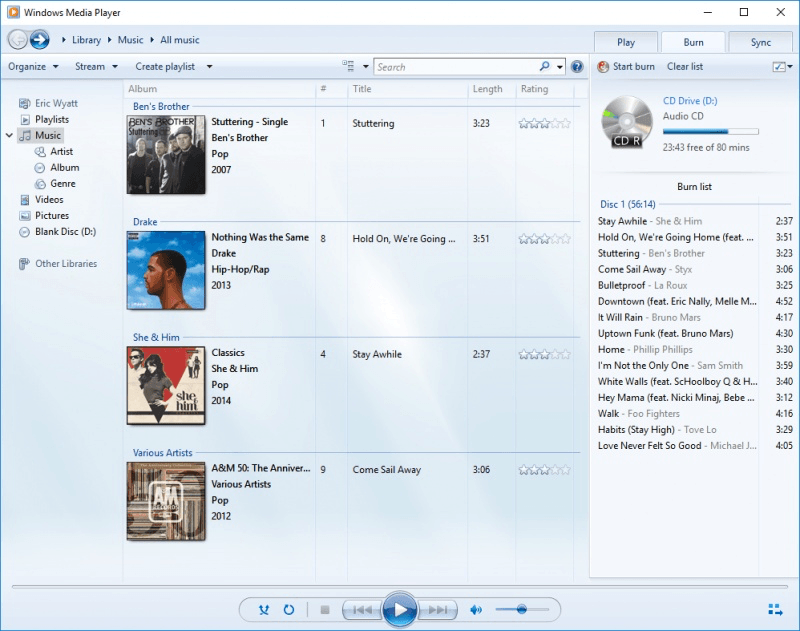 Now click the "Start Burn" link at the top of the Burn List area and the system writes the audio tracks to the CD. When the burn is completed, Windows Media Player automatically ejects the disc and it is ready to be played in a regular CD player—or even listened to on your computer.

Backing Up Your Files

Performing regular backups of your system offers you peace of mind because you don't have to worry about data loss in the ...

Using a Dvorak Keyboard with Windows

Dvorak keyboards can provide more efficient typing as well as make the keyboard characters more accessible to those who ...

You can use the built-in DVD Maker to create slide shows and views of your own photographs and videos. This tip tells you ...

Transferring Pictures from a Memory Card

Transferring pictures from a memory card to your computer may be simpler than you think. This tip describes the process.

ISO files provide a digital copy of what is stored on an optical disc. Windows allows you to treat these files as if they ...