There are several specialized utilities on the market that you can use to capture what you see on your screen. You may not need such a utility, however, as Windows allows you to easily capture a screen.

Here are the steps to capture your screen; they are different from the procedure in earlier versions of Windows: 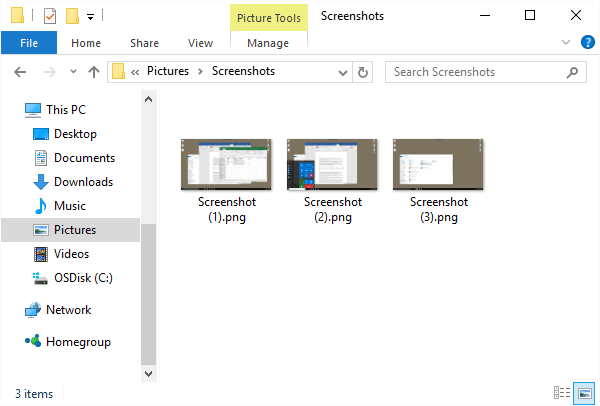 The Screenshots folder contains all the screen shots you've captured, in chronological order. The files are saved in PNG format and the filenames are always "Screenshot" followed by an incremented number within parentheses. Thus, the files will be Screenshot (1), Screenshot (2), Screenshot (3), etc.

If you don't want the screen capture saved to a disk file immediately, you can use the PrtScn key without the Win key. Doing so copies the capture to the Clipboard, where you can paste it into a different program. For instance, you could paste it into a graphics program, modify the image in some way, and then save it to a disk file from within the program.

With more than 50 non-fiction books and numerous magazine articles to his credit, Allen Wyatt is an internationally recognized author. He is president of Sharon Parq Associates, a computer and publishing services company. Learn more about Allen...

Making Ignore All Work for a Document on All Systems

When you tell Word's spell checker to ignore all instances of a misspelling, you may expect that the misspelling will be ...

The drop-down arrow used at the top of columns by AutoFilter can be difficult to see. Here's a way you can reduce the ...

ISO images are great for archival and portability. An ISO image is a file on your hard drive that represents an optical ...

There are several types of DVDs on the market. This tip explains the various types and how you might use them.

You can use your system to create audio CDs that you can listen to in other places, such as your car. You just have to ...