If you right-click on an open area of the Desktop, you'll see a Context menu that includes the "New" menu item. By hovering your mouse over "New," a submenu appears, allowing you to create various items (e.g., a Microsoft Word document, a text document, etc.). (See Figure 1.) 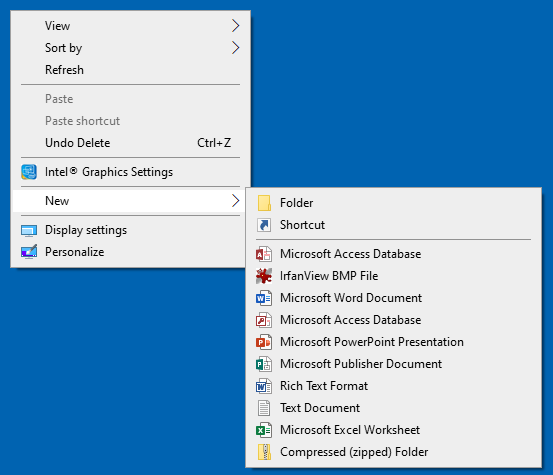 It's possible to add your own document types to the "New" menu if you don't mind editing the Registry.

As an example, let's say that I have an application that processes PNG files that have a special file extension of ".bdd". I therefore want to be able to right-click the Desktop and create a new .bdd file.

To do this, click the Start button, type "regedit" (without the quotes), and press Enter. This launches the Registry Editor. (See Figure 2.)

In the Registry Editor, navigate to HKEY_CLASSES_ROOT and create a new key named .bdd. Set the value of its (Default) to be Bdd.Document. Create a sub-key to .bdd named ShellNew. In ShellNew create two string items named ~NullFile and NullFile. They should be empty.

You may need to reboot or at least restart Explorer, but after you do, you'll have a new item listed in the Desktop's New menu. (See Figure 3.) 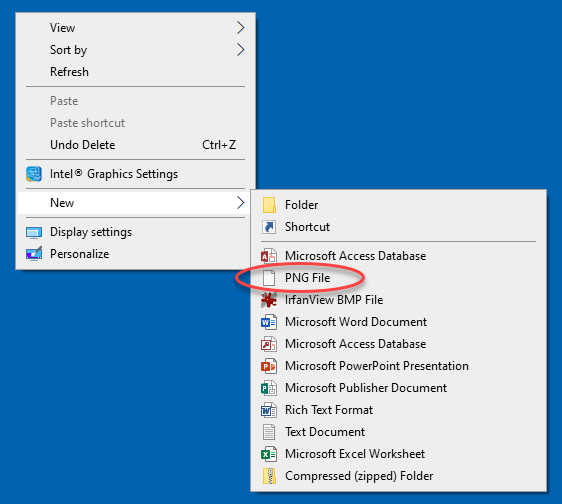 To switch users without going through the lengthy reboot process, just sign out. It's not too obvious how to do this, but ...

Removing a file type program association is a task for third-party utilities. You can, however, change the association ...

Tired of Windows showing you information in English when you'd much prefer a different language? Here's how to modify the ...

Organizing the All Programs Menu

All of the programs installed on your system are visible when you choose All Programs from the Start menu. If you want to ...

Want to make sure that Windows is trim and fit, using only those features you routinely use? Here's how to enable or ...