Controlling the Taskbar on Multiple Monitors

Using multiple monitors on your computer has many benefits, such as increased desktop space, or being able to use multiple applications at once. When you initially connect a second monitor to your computer (if your computer allows it) Windows will detect the secondary screen and extend your desktop to that screen. When Windows extends your desktop to the second monitor, by default it also places the Taskbar at the bottom of your second screen as well as the first. You can control how Windows handles the Taskbar on a secondary monitor, all from the system preferences.

To adjust how the Taskbar is used on multiple monitors, press the Windows key and type (without quotes) "Taskbar Settings", then press Enter. This launches the Taskbar options of the Settings dialog box. (See Figure 1.) 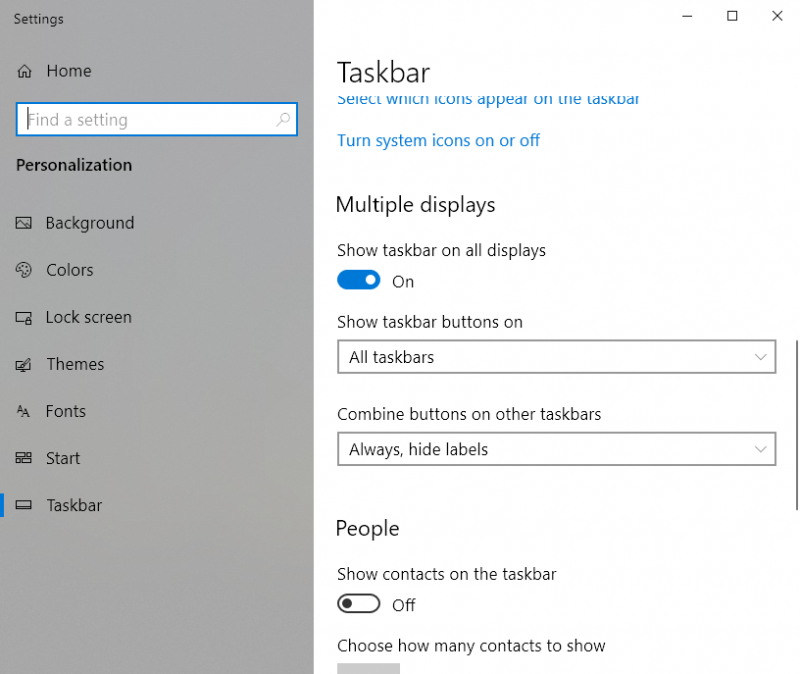 Figure 1. The Taskbar tab of the Settings window.

In the Multiple Display section, you will find three options to configure the Taskbar on your multiple displays:

Combine Buttons on Other Taskbars – This setting determines how Windows combines buttons and their corresponding labels on additional Taskbars.

Once you have configured your Taskbar settings you can close the Settings dialog box. Your changes take effect immediately. With the Taskbar settings set up the way you prefer you can have your desktop space configured to show the information that makes the most sense for your needs.

Windows 10 allows for a window to become active by simply hovering your mouse over it. Discover how to turn this setting ...

When your computer has a multi-core processor or multiple processors you can control how tasks or processes take ...

The internet is full of age-inappropriate content. You can use Edge's built-in Kids Mode to protect young ones from ...

Your computer's camera allows you to connect with people in engaging ways. Whether used to login to your computer or for ...

When you use a Microsoft account or an Azure Active Directory (Azure AD) account, you can sync settings between the ...

Windows will load apps at startup, which can impact performance. Quickly deactivate startup items that can affect the ...

Thats a good explanation. But I have one problem which I cant fix:

I want to show the taskbar buttons only on the screen where they are opened. For most programs it works perfectly fine! However certain programs, are showing only on main screen, despite the setting and despite that they are opened in another screen. Does any one know a fix for that?